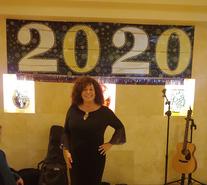 How many times have we experienced moments of clarity, and synchronicity?

of intuition and actually paid attention,

​
In love speed, it is one step at a time

getting to know each other. ​​

Enjoy surfing all the waves up,
down and over ​for

Participating in a writer's class, the teacher asked us to choose a pen name.

What happened next, wow...

Giving homage to past, present and future...I asked love, the universe, my spirit to confirm my creative writer’s name. I needed to know for certain if destiny was calling me to continue my creative journey or just sparring with my ego? Otherwise, I might have been disillusioned for centuries of following my heart strings, seeking a serious professional career in music. The Grammy award-winning kind. My best is what I have always given, I prepare to the best of my ability, and expect only divine's best.

At the beach, and after mindfully pondering my mission, I came out of the crystal clear ocean waves, and my husband was smiling broadly. His eyes were following a little four-pound puppy circling him and teasing him ever so playfully. I ask, “Honey, whose puppy?” He responded that

he didn’t know, but he wanted to hold the little dog. I agreed, just as a young lady, obviously the dog’s owner/caregiver, came running over.

We asked to hold the dog and she readily agreed. Hubby held her first, and handed her to me. I was, oh, so delighted. I gave the puppy over to her owner and asked their names. She replied that her name was Olivia and the dog’s name was Cleopatra. Wow! As you can imagine, I almost fell out of my chair. Then I asked Olivia what she was studying in her first year of college. She replied that she was a horse trainer. Really? Wow again! For heaven’s sake I couldn‘t believe my ears! Hence, Lady Cleopatra.

This was a profound encounter especially after my serious reflections in the water. The year of the horse, childhood visions to write songs that would speak of love for all people, crossing wild flower fields on horseback, and a final confirmation of my writer’s name too.

Also note: my first band in New Jersey, and years later when I traveled with a music ensemble in Vegas, were both called “Love all people.” Powerful. Destiny meets destiny during a profound, graceful moment in time. I continue to walk in my dreams and visions waiting for the next playful pup of joy to emerge. 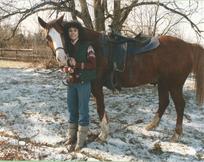 See the sand on my left leg. Puppy really did knock me off

​-  Twinkle Toes and Sunshine; Miracles Just in Time​
​- Wake Up call me If you're able; Eyes talk
- Diamonds in Disguise

musicians and credits
here, there and everywhere.

No doubt, you get the gist.