"Laurie, OMG! That song is BEAUTIFUL. And your singing is JUST as beautiful.

If not MORE beautiful. Trust me. I had the honor and privilege to have played for Aretha,

You take a back seat to NONE of them. You goose-bumped me babe."

Regarding cherished response: Keith is referring to my original song, Think of This, he heard on Facebook.

We did not know each other before an endearing personal interaction between us.Through musical-heart-strings we share a deep soul connection. ​​It is amazing when and how this happens.​ ​

​My cousin Laurie has a voice that stops you in your tracks. She has that rare quality that makes you sit up and take notice and want to hear more. She possesses a sincerity that cuts right through all that sound-alike-top-40-wannabe-white-noise and reaches out with an urgency that proves she's the real thing. Whether she's singing rock, gospel, country, soul, folk or jazz (all genres which she commands with a natural grace) that voice takes you there. That's a gift you can only be born with, and what better way to give thanks for a gift than to share it with the world. Thank you Laurie! - Gregg Cagno Singer-Songwriter, April 2015 ​​

I can tell you with pleasure that this songbird fills any room with inspiration and ideas that infuse the audience with energy, and freedom. She is an incredible talent. Her performance is commanding, powerful, warm and inviting. I had the opportunity to work with Laurie as a support vocal for her EP, “Dreams” Keep Asking

to Dance.” I have enjoyed not only collaborating with her but embracing a lifelong friend. - Suzanne Carrington, Singer-Songwriter, January 2015

Musicians make great observers of the human condition. Some tackle specific political issues and decry injustice. Others discuss their heroes or heroic acts. Some just look around, take in what they see and create art.  That is what Laurie Cagno has done with “Think of This”. This is a very simple song, just a singer and piano. A very wise choice because it doesn't need anything else. She starts off like John Lennon reading the news.  Like most of us it makes no sense.  Her view expands to strangers in the streets, loneliness and other maladies we face.  But this is no downer.  It’s not preacher either.  She simply implores us to Think of This, consider the alternatives and “together we rise and fall“. She does this with passion and a clear voice that makes the lyrics even more poignant.

"Think of This" is not an anthem, but it is a very positive thought in a negative world, written and performed

by Laurie Cagno with style and grace.  It’s something we all need to keep in mind.

"Laurie is Love.” ~ Lara Gonzalez, Marafanyi dance & song with poetry in motion from the USA. June 2016​

Hi Laurie, I was able to listen to your music over the weekend. Both were beautiful to listen to.

The lyrics and you’re your voice are amazing. I am not surprised that the world is welcoming you and great opportunities, and potential await you. Good luck. You deserve it. - Jay Smith, April 2015

(Co-author of Venus Abound. And, Reboot Your Life, and Revolutionary Retirement; What's Next For You?)

Laurie Cagno’s music touches the heart and soothes the soul. There are few singers in the world whose voice brings such comfort to our senses. Laurie is one of those rare singers who sings with unbridled passion and sensuality.

Her voice takes the listener on an emotional journey that connect them with the essence of each song.

Laurie is not only an accomplished singer but also an immensely talented writer. Writing many of her own songs, she connects with the lyrics in a very powerful way.  Her songs will take you on a journey that will awaken your emotions and senses. The lyrics convey emotions such as love, pain, understanding, spirituality, and acceptance. Some of my favorite songs from Laurie’s first two EPs are Peace of Mind, You’re the One, Rain Dance, and Hope like an Angel. Do yourself a favor and take a listen to Laurie’s beautifully written and performed  songs on her CD’s, Dancing Cantos and Dreams Keep Asking To Dance. Laurie’s soothing voice is ready to take you

on a magical ride well-worth taking. All you have to do is jump in.

Honoring past, present and beyond:

This is a photo from some early days of sound-waves.

I am sitting-in with the band, From Good Homes.

Wonderful musicians who I love and respect

very much with cherished memories.

To sing with them, yes, where some beautiful songs began, made all the best difference. And still does.

(In photo also sitting in are, Damian Calcain and Rob?)

All musicians who generously share and have shared their precious time, energy, talents

and their warm stage lights.

Inspired, unconditionally through dance and song..

Surf up and over for credits, photos, history and more.

Yes, Keith is playing on the Roberta Flack and Barry Manilow

gold records behind him.

Michael Cheval
on FB  and
http://chevalfinearts.com

A wonderful team of professional

from around the world.

- Eyes of the World,

here, there and everywhere. 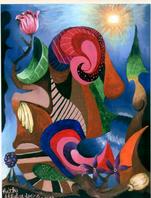 They are going quick. 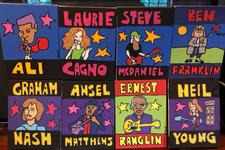 (Clearly, among, other beloved and talented,

(Note: Keith was G.H.'s faithful guitar player for 20 plus years.)

and real hits songs he is playing guitar on. And his ​collaborative original music

Keith Loving and the Family Band​https://store.cdbaby.com/cd/familyportriat

​​Another awesome and favorite artist

It was such  an honor and such fun

to meet this wonderful artist,

by the Beatles and strawberry fields.

One of our favorites, 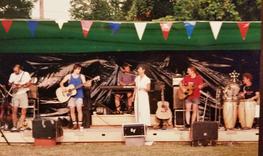 In-love-speed, one step at a time getting to know each other. ​
Yes, keep surfing all the waves down and over

We finally met in person a few years later when he personally delivered his beloved Gibson guitar, Golda to me; her new caregiver/receiver; honored and humbled.

We actually met on stage,

as adults, through keen friends.

We met as very young children 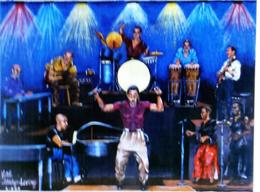 How many musicians have ​touched your

(An excellent read for

​Who knew our stars would connect with such a warm introduction

This was a gift, from a friend,

Makes me smile, and it is so true.

among many great talents, here on this ​Wall of Fame.

for supporting original music from the being and still. 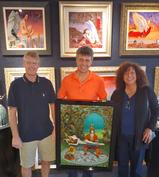 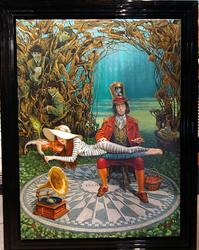 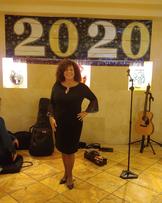 ​​"Connecting with the audience is one of Laurie’s great strengths. She’s always been into positive things, like hope, love and healing. Communicating with the crowd, getting that message across. She is a creative artist with a solid work ethic. Workingwith her songwriting, arranging and in the studio 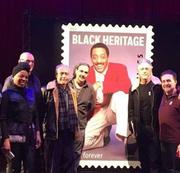 (Third in from the left.)

has given sew freely his colorful gifts and talents

to millions of people around the world. And still does.

planted deep my heart for centuries.

Your music touches my soul too.

You truly "goose bumped me back."

For this I am eternally grateful.

Rain Dances with wave of sun-showers.

As the sky opens up, the heart warms and calls for more peace, love and hope.

Can you feel it coming?

​fork in the road